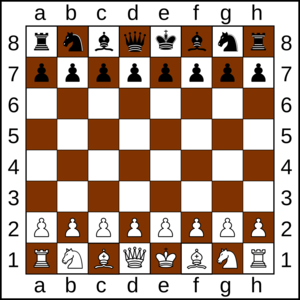 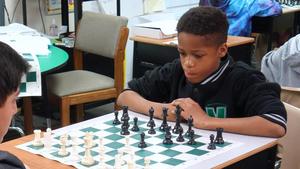 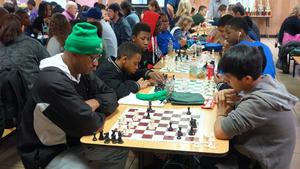 The Varnett Public School's Southwest campus has assembled another chess team this school year, with 15 students signing up for potential matches and tournaments.
The team is composed of second- through eighth-graders and the first practice will be Monday, October 3. Subsequent practices, all virtual, will be Monday through Thursday, said Mr. Lonnie Reynolds, Varnett's athletic director.
The chess club will not be in a league as in previous years, but coaches Mr. Richard Burton and Mr. James Hudson will be contacting schools to set up some competition.
The Varnett chess team, originally launched in 2018 at the Southeast campus, has achieved tremendous success and recognition. In 2019, the Southeast team finished in the top 10, placing ninth out of 44 teams in its division at the National Junior High (K-9) Championship at Grapevine, Texas.
The program has since moved to the Southwest campus, which has hosted a regional tournament, but its momentum was cut short by the pandemic. And some of the team members have since graduated.
"We are essentially rebuilding the team," Mr. Reynolds said.
In addition to learning the strategies of chess, students also use the matches to enhance their math scores.
We look forward to watching and cheering on this year's chess team and wish the students continued success.
Published September 28, 2022